Girona is well-known for the beauty of its historical buildings, such as the imposing Cathedral and the Sant Feliu church; and the authenticity of its streets, like the ones located in the old town or the boulevard, which have perfectly preserved its medieval traits.

But it is also a fashionable city thanks to its culture and gastronomic offers, a good example would be the world's best restaurant: El Celler de Can Roca. 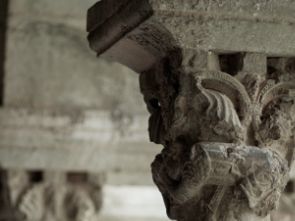 Girona’s history goes back over 2,000 yeas, which you will be able to trace through the city’s two fortified areas, the Força Vella (which relates to the roman foundation of the city) and the Eixample Medieval (the extensions of the city wall during the XIV and XV centuries).

Don’t miss the Jewish quarter, one of the best preserved in the world, with its narrow labyrinthic streets, iconic courtyards and medieval architecture. The Cathedral, the Sant Fèlix basilica, the houses of the river Onyar, the Eiffel bridge… Girona will mesmerise you.

You will also find baroque areas and modernist constructions, such as the Farinera Teixidor, from the renowned architect Rafel Masó, amongst others.

The city of Girona has seven museums that show the heritage and history of the city, from the antiquity until today. Girona’s museums include the museums of History; History of the Jews; Archaeology; Art; the Tresure of the Cathedral; the Cinema museum, ideal to go with kids; or the Casa Masó, house-museum of the architect Rafel Masó.

Additionally, the Girona regions radiates art and have many exhibitions that you cannot miss. 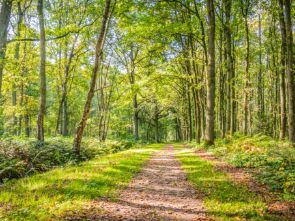 A few steps away from the city centre, you will be able to enjoy green valleys, Mediterranean forests, fields and vegetable gardens that provide the city with incomparable natural heritage. Hiking around the Sant Daniel valley, horse riding through the Deveses in Salt, undertake orientation routes at the Gavarres mountain range, or kayaking down one of the four rivers that cross the city. Girona offers many plans if you are looking for active tourism.

Girona is located 35 kilometres away from the sea and less than 100km from the Pyrenees, and it is surrounded by fertile fields and grasslands, supplying the city with high quality food, both from the sea and from the mountain.

Thanks to the initiative of one of the best restaurants in the world, the Celled de Can Roca, Girona has become a central point of international gastronomic creation, and the city has multiple restaurants that offer author cuisine, as well as traditional Catalan cuisine. And if you would like a taste of the best creative cuisine, don’t miss the ice-cream of the youngest of the Roca brothers, at the Gelateria Rocambolesc! 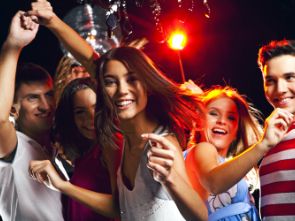 There is no month without a festival in Girona. For all kinds of publics, tastes and ages, the city counts with a calendar that nourishes all the artistic facets: music, literature, circus, games, theatre, cinema…

You will find the Black Music Festival, focusing on jazz and soul, or the Temporada Alta, an international festival of scenic arts with a programme for all the publics. For the little ones, there is the Festivalot (that brings all musical genres closer to adults and children) or the Ludivers (that allows elder and younger to explore games and toys together). The Festival Strenes, the Girona A Capella Festival, the Milestone Project Girona (urban art) and a very long etcetera. 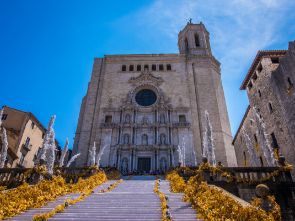 Girona, Temps de Flors is a festival that decorates the entire city and opens the doors of many spaces that are usually closed to the public for free, such as the basement of the Cathedral or the Casal Les Sarraïnes. In total, around 150 floral creations can be visited, spread over gardens, courtyards, buildings and other urban spaces. With more than 60 years of history, this flower festival has become the most important of Girona, and it attracts visitors from around the world. Girona, Temps de Flors lasts for 10 days and it takes place every year during the month of May.